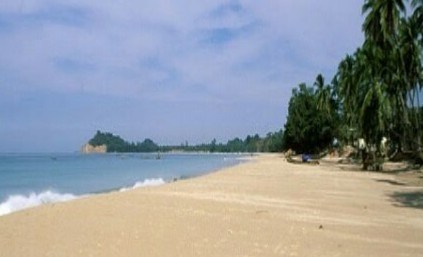 By the time of the conquest of the Lagos, the city population consisted of thirty-five thousand human population. Although at first, it grew slowly, great was the mortality, especially among children. The reasons are not far-fetched, of which included the crude unhealthy climate, the various islands which accelerated marsh epidemic and also carried away a large number of lives each year. Due to these links — external and mainland — accelerated the growth of the city. But that didn’t deter Lagos from its onward match to become the “Centre of Excellence.”

In the period between the two censuses (1952 and 1963) Lagos population grew by 2.5 times ratio (up to 665 thousand), reflecting both the high natural increase and immigration, which is ongoing and active to this day. According to recent estimates, the population of the big Lagos, where mainstream settled immigrants from other parts of the country, which ascended almost at 3.5 million within that period.

Such rapid growth of the then capital territory reflects the country’s economic expansion associated mainly with the oil boom.

At the same time, rapid population growth, persistent socialization, transport problems, and the consequent deterioration of the city, and particularly the need to mitigate the imbalance in regional development of the economy, therefore prompted the Government to take a decision to order the new capital in the central part of the country, in the areas bordering the State of Niger and other neighboring states, to carve out an epicentral location, known today as Abuja.

Modern Lagos is one of the largest industrial centers in tropical Africa. Lagos couldn’t have taken its pride of place in Africa as the center of the industry if the territory is fused with the administrative and commercial center of Nigeria.

The squalor with which national administration perceived about Lagos before taking the exit wing to Abuja became the metamorphosis into an industrial colossus in Africa.

Lagos is Nigeria’s sea gate, one of the major ports on the West coast of Africa. Berths Apapa Moor large ocean vessels. However, the ports needed reconstruction because it does not provide timely processing of a large part of the increased flow of goods; several months on the road sometimes stand Court awaiting unloading.

This need received attention from the government, and now Lagos is the most visited city in West Africa for business purposes.

Through Lagos, there are exported products to the Southwest, as well as large parts of the Northern States. Lagos is a major distribution center for import cargoes bound in deep areas of the country. Located in Ikeja International Airport serves the air connections of the country with many of the largest cities in Africa and other continents.

Though a city of bustling business beehives, Lagos has beautiful scenarios that adorn the fascination of both business visitors and tourists alike. This could account for the reason Lagos has the highest concentration of hotels, guest houses and short term renting. No matter your budget, finding a befitting accommodation for a night or a short stay isn’t an issue.

Nestled on the Islands and on the Mainland of Lagos is a tableau of tropical cities. Through dense greenery saw multi-story white buildings on one of the well-maintained thoroughfares of the city — Marina. Here, there are government agencies, offices of various banks and companies, as well as the Cathedral.

On this street, as well as on other main streets — Victoria and broad Street, busy car traffic. During the years of independence, the city has new modern buildings and houses the Central Bank independence, hotels, etc.

Carter bridge connects the island of Lagos with Mr. Iddo Island, then through a dam with the Mainland. There is a growing city and rebuilt on site of demolished slums new quarters. The new stadium, one of the best in Africa, and a built national theatre.

Lagos is an important cultural center in Nigeria. There is a University, a technical Institute, ethnographic and archaeological museum. Many cinemas operate theatrical amateur groups, etc.